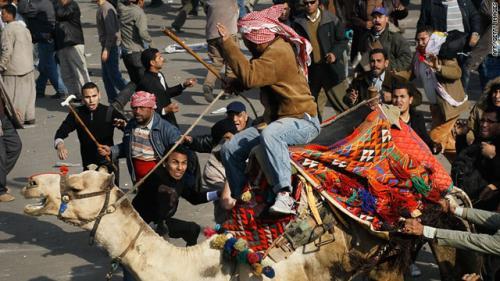 
The authors of the study believe that there have been many more cases which they were unable to document.  Most attacks are attributed to the Muslim Brotherhood, an Islamic movement founded in Egypt in 1928 which is known for engaging in violence. Prior to the Arab Spring, only one journalist had been murdered in Egypt since 1992.  In the last 70 years, thirteen journalists have died in the country while reporting the news. (Edited from FOXNews.com)